Rossini Dorian is a popular name and there is a good chance you have heard the name. Dorian Rossini is an electronic musician and French artist and famous for his music moves. He has released two albums so far in his record label. Rossini was born in 1990 in Nice, France. He mostly sings religious songs and has received backlash for this reason.

Dorian Rossini has a huge fan following. He as 132,000 followers on Twitter and has 60,000 likes on his Facebook page. He also has 20,000 Instagram followers and has one of the most influential social media presence. His net worth has been estimated to be around $350,000 – $1,000,000. However, with the current controversy, his popularity is going to rise in the coming days.

What made Rossini Dorian Famous?

Rossini Dorian spends a lot of his free time being a DJ at clubs and parties and this is how he became popular, as he a self-proclaimed reincarnation of God. This spurred a lot of controversies and as much as it might be offensive to some people, some people choose to listen and believe what he says.

In 2012, Dorian Rossini created his initial buzz by choosing to show up naked to the casting auditions of the reality TV show known as Angels. The reality show turned out to be a buzz reality show that year. He also tried to break into the castle of Los Angeles Star Academy the same year only to be thrown out by guards.

On New Year’s Eve of 2013, he did something extraordinary again. He posted a nude picture on Facebook and claimed to be Adam and wished everyone a happy new year.

How to make Selfies with Rossini Dorian

Something so simple can make you go viral on the internet and this happened to Dorian Rossini as well. Rossini had an interview with Jeremstar, the famous YouTuber, and he commented in French, “Faire design selfie avec Dorian Rossini” which the English translation means, “How to make selfies with Dorian Rossini”. This made Rossini extremely popular as the statement has been making the rounds on social media.

Dorian had taken a selfie that was not appreciated by religious people and most of the people by mistake took it as a new selfie trend and started searching the statement, “How to make selfies with Dorian Rossini”, which made his brand known. Google soon after released the statement as one of the most popular searches on the internet.

This is the whole story of how Rossini Dorian became an internet sensation. It was nothing but a troll and many people are now going crazy to take selfies with Dorian Rossini. Go back to the home page here.

Dorian Rossini How to make Selfies with Rossini Dorian 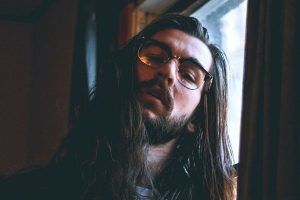 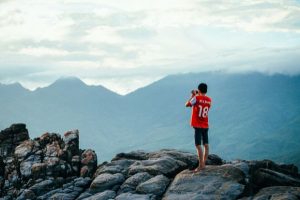 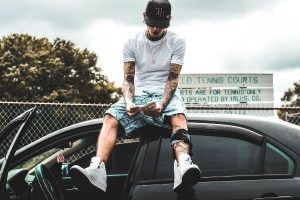