Overwatch is a video game with a team-based multiplayer first-person shooter that was developed by Blizzard Entertainment. Paladins is a shooter video game that happens in a sci-fi fantasy world, and Evil Mojo developed it. Let us dive in and compare Overwatch vs Paladins.

Some people describe Paladins as a copy of Overwatch, but Paladins is free. Both video games are quite similar yet different in many ways. Their gameplay and style have identical characters in appearance and backstory.

It is a free game to play with a multiplayer first-person shooter with many characters with more being added each month. The focus in Paladins is to enforce good team composition and win games. Also, new fun limited-time events are included each month with multiple cosmetics for every character. The gameplay has several small maps that give the game a repetitive and boring feeling.

The game is full of fun and entertainment from multiplayer first-person shooters with thirty-one different characters. Each character serves different gameplay while the game has varying settings that are suited to separate settings. Some characters are strong, others slow, others fast, healthy, and others more robust, not forgetting the unique abilities in each character.

Both games are to play, but you can easily get lost in action. Their characters are balanced in abilities and playstyle as each new game and team makes it addictive.

They also have a combination of the chaotic map design in Dota2 but fun gameplay.

Overwatch begins by giving you guidelines on what characters to choose to benefit your team. A welcome message tells you that you need more offence or defence heroes, making the game more dynamic and fun.

Paladins, on the other hand, don’t offer that kind of guidance leaving the spawning room feeling empty and dead, unlike in Overwatch. In Paladins the competitive aspect increases because you can go back to the game faster on a horse that you can quickly dismount.

The game has many retired game modes perhaps because they were not a success, especially a battlefield. There are three modes as listed below:

Paladin’s gameplay is unique, but it also identifies with many similarities in Overwatch. They also have many retirement modes apart from the payload and the battlegrounds(Battle Royale mode), which might be the reason why every game studio wants to make one.

Characters in both games are grouped into four roles meant to Support, Damage, Frontline, and Flank. Overwatch characters are full of life with a unique style, while Paladin characters are merely primary characters. Overwatch allows you to swap characters mid-game to adapt to the situation at hand, unlike in Paladins, where you play with the same name throughout the match.

Overwatch has more variety when it comes to maps while Paladin has only ten. Although the number of plans does not guarantee how fun the game is, the Overwatch map is enjoyable and addictive to players. Paladin is free to play, and their map is detailed in style, and they are large with many hideouts.

When talking about Overwatch vs Paladins support, the fan base for both games is massive and grows every passing day, although Overwatch takes the lead. You can enrol and play the game then share your experience. 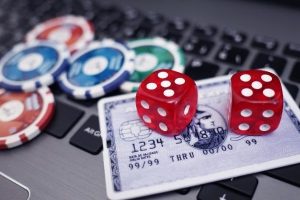 Global Outlook and Forecast: The Gaming in the Next Years