One Piece Filler is a popular manga adapted into an anime and this version of anime is popular around the world. It is also considered as one of the most popular Japanese anime series of all time. The story revolves around Monkey D. Luffy, a young pirate captain exploring the Grand Line sea with his crew to find the ultimate treasure, One Piece, for him to become the next pirate king.

One Piece manga was first published in 1997 and since then, hundreds of volumes and chapters have been released, with the pirate world setting. There are many characters including the crew, world government, marine, and many others. Currently, there are more than 800 episodes of the anime series and one of the biggest problems for anime lovers is filler episodes.

As an anime lover, you probably know that the canon is the original content for anime by the writer and fillers are just additional episodes created. Filler episodes are to prevent the anime from catching up with manga and so you can skip the fillers. This is because there is usually no importance of the filler to the One Piece’s main story.

For the manga readers, they can easily identify the canons from the fillers. But for the anime-only fans, they might find it hard to distinguish them and it often annoys them. Therefore, to avoid One Piece filler episodes, here is a list of the filler episodes.

Loguetown is not a filler arc but there are 2 filler episodes that you can skip.

These are the first major filler arcs in One Piece and happen after Loguetown arc and before the Strawhat Pirates enter into Grand Line. You will find 7 and a half filler episodes in this arc but the second half of 61 is a canon.

There are 5 filler episodes in this arc post the Alabasta arc.

Goat Island arc is a filler and consists of 3 episodes and you can skip it.

This arc takes place right after Goat Island arc and there are 5 filler episodes here that you can skip.

Most of the fans have mentioned that this is a great filler arc and if you can, you should watch it.

In the fight between Strawhat pirates and Foxy pirates, there are several filters which you should watch since they create canon changes.

This arc is made of 5 episodes you should skip.

You should skip both episodes.

This arc is a flashback and you can skip the fillers to 284.

Skip these episodes to save time as the arc takes place after Enies Lobby, one of the best One Piece filler arcs.

This arc takes place after Thriller Bark and is the first arc for Brook, Strawhat crew you should watch it.

So how do you watch One Piece without the filler episodes? In summary, here is a filler guide to watching One Piece anime without fillers and not affecting the main story.

Those are our One Piece filler list guide so you can watch the One Piece anime without having to suffer through the unnecessary stories. If you can skip One Piece fillers, you will be saving time and even improve your watching experience. 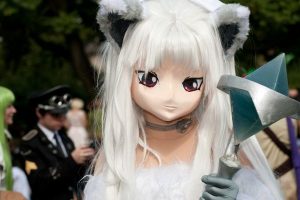 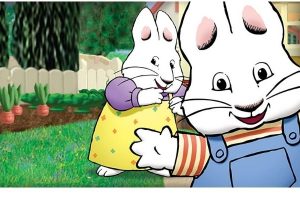 Why is Max mute in Max and Ruby? Here is everything you need to know!