What Is ‘The Boondock Saints’?

Directed by Troy Duffy, The Boondock Saints is an American vigilante, action-thriller film, which was released on 22nd January 1999. It features Sean Patrick Flanery and Norman Reedus as fraternal twins – Connor and Murphy MacManus, who become vigilantes after killing two adherents of the Russian Mafia in self-defence.

The Boondock Saints was inspired by a personal experience of the director, whilst residing in Los Angeles. Even though the script was regarded as one of the “hottest” in Hollywood, it had a complicated production. Before the film was picked up by Franchise Pictures, it was initially dropped by Miramax in 1997.

It was confronted with adverse reviews from critics, yet, the film managed to make about $50,000,000 in revenue from domestic video sales alone. Moreover, the film became a cult amongst its fanatics!

What Is ‘The Boondock Saints Prayer’?

One of the cultural impacts of the film was the infamous prayer. It has become somewhat of a cult anthem amongst the many devotees of the film. Several people have bought the film since its release, and continue to do so. With the notorious prayer being tattooed on people’s arms and posters of from the film hanging in dorm rooms across the world, it has become a phenomenon.

“And shepherds we shall be. For thee, my Lord, for thee.

Power hath descended forth from thy hand that our feet may swiftly carry out thy command.

So we shall flow a river forth to thee and teeming with souls shall it ever be.

I’m going to be honest, this prayer is extraordinary and prominent. It has become an anthem for the devotees of the cult. But who came up with this?

What Is The Origin Of ‘The Boondock Saints Prayer’?

Like many other portions of the film, the prayer was also written by the director of the film, Troy Duffy. Albeit the prayer is not in the Bible, there have been speculations regarding its origin from some parts of the Bible.

This verse mentions the pain inflicted by God on the sinners for their deeds, which is the same sentiment conveyed by The Boondock Saints prayer.

However, the last phrase of the prayer is, in fact, found in the Bible, and is a common prayer used by Catholic priests during sermons. Matthew 28:19-20 of the Latin Vulgate Bible states;

What is the meaning of the Boondock Saints Prayer?

In the context of the film, the prayer roughly translates to;

“My Lord, we are yours to command.

The powers which you gave us will empower us to satisfy our duties of protecting faith and avenging prejudice.

The souls of the wicked shall be purified by blood, and sent back to their maker, if it is in their power.”

As mentioned above, the last phrase is in Latin, which translates to;

Generally, this prayer implements that they are God’s utensils for retribution, descended with his powers to send the souls of the sinners back to their maker. All this would make sense since the protagonists were imminent on the “vision” of God because they murdered members of the local mobster.

Also Read: Who Is Michelle Mylett And What Career Breakthrough Did She Make From “Letter Kenny”? 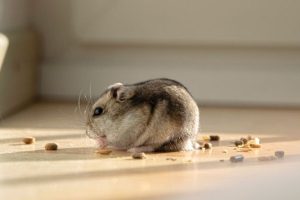 5 Guaranteed Ways to Keep Your House Safe from Pests

5 Challenges to Overcome as a Work from Home Mom 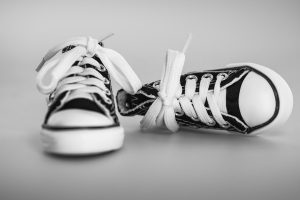 How to Clean White Shoelaces? – Tips, Tricks and Hacks 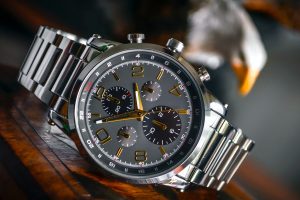 From Pen to Watches: Everything You Need to Know About Montblanc