This question is very common and we have recently seen an emerging trend among malware distributors especially Bitcoin miners being integrated into installers of Fitgirl repack games. This type of system hijacking is just one of the many ways used by hackers to exploit the user by using their system’s computing resources to earn more money.

All You Need to Know About Fitgirl Repacks

Malware is easily bundled with the game installers and uploaded and shared with users who are unsuspecting on the torrent download sites. Once your machine has been infected, a downloaded Bitcoin miner will silently carry out their mining activities without the consent of the user. The Fitgirl game is repacked to lure gamers to download the compressed files for free. To help stay protected, we recommend you to install an up-to-date, real-time protection security product. You should also download Fitgirl from legitimate and reputable sources.

Game repacks of small sizes should be avoided if you want to keep your hard drive in good condition. Game repacks compress game files just like Fitgirl. While installing the Fitgirl repack, you will notice the creation of many folders with thousands of files each of a small size. The small files will then be decompressed and joined to form the Fitgirl game file.

When this process of decompressing is taking place, you will notice in your task manager that the hard drive access speed is at its maximum. This process of accessing small files then combining them again will result in unnecessary read/write operations. In effect, the life of your hard drive will reduce significantly.

When you run a Defraggler after the process of decompression, you will notice the game files have been heavily fragmented. If you continue running Fitgirl repack in a fragmented state, you are damaging your hard drive as the hard drive needle will first have to look for files, not in order.

For example, the Fitgirl repack was compressed to 35GB from 60GB and it first extracted thousands of small files into few folders. After that process, 3-4 CMD processes opened and started decompression of the files simultaneously. This operation took 4 hours and after you will notice the 60GB Fitgirl repack has completely fragmented.

If you download the game from Steam, you will see the files being downloaded sequentially and you will not fragment. You will also be saving your hard drive unnecessary read and write operations, keeping it healthy.

If you frequent torrent sites, then you have come across many spyware or malware. These sites will broaden your knowledge of the challenges you come across when using them. A casual gamer seeking to download free games may be unaware of the virus talk, or perhaps they have less concern on the subject.

All torrent sites offer pirate games and viruses, malware and spyware is part of what you get into bed with. The fitgirl repacks mostly play well; they include DLCs, updates and also keep your game data adequately compressed.

Select the best anti-malware to detect any unwanted data as you download your free games. Your browser or PC might be hijacked by malware or adware with these extensions: RU., ru, ru. Once you come across such, it is likely adware or malware with a Russian extension.

Those who criticize the website have no knowledge of how to deal with viruses or malware, which is outright frustrating. After such an experience, clients will give negative reviews like the website is a scam, my PC got spoiled, all games did not work, among others. So, be knowledgeable and arm yourself with antimalware then get down to down whatever game interests you.

All games in Fitgirl repacks have unwanted scripts and data that target your C drive or your OS. After successful downloads, the Fitgirl repacks will automatically create malware. Follow these steps to find its location.

Fitgirl repack game download is slow, and they take up a lot of space, and no matter how much free space you have, they will always fail to cite space issues. The games are run Windows 10, 64 bit, RX 480, 8 GB Ram, Ryzen 5 1600 six-core.

Malware distributors like Bitcoin miners have recently emerged to be integrated into game repack installers. Users are exploited through system hijackings for their computing systems to earn more cash.

It is for this reason that unsuspecting game installers are bundled with malware on torrent sites. Once your machine is infected with Bitcoin miners, the malware operates without your consent. As a result, your device will either slow down or not work at all.

It is a business enterprise that cracks and repacks cracked video games gotten through questionable sources. Fitgirl does NOT crack games but a character that repacks video games genuinely and incredibly. The game repacks make the available games easy to download cracked PC games. Repacking removes unwanted data to enable the game to run smoothly like voiceovers and languages that are not useful to a gamer.

The compression permits users to download the video games in smaller files which saves time and bandwidth consumption. The only downside is that the game installation is resource consuming, but it is worth it as long as the game download is smooth.

A repack is a version of a cracked game, and re-packers change the games by compressing them to download easily. Generally, Fitgirl repacks games for users to pick the only languages they need.

FIFA 19 Fitgirl is a football simulation through a video game developed by EA Vancouver and is part of Electronic Arts’ FIFA series. It was launched on September 28, 2018, and it is the 26th edition of the FIFA series, and it can be played on PlayStation 3, PlayStation 4, Xbox 360, Xbox One, Nintendo Switch, and Microsoft Windows.

Repacks have reduced version sizes of original games using different compression algorithms. Although most games are pirated, some have new licences that you can activate as you stream, and they take longer to install. GTA 5 can take you 25 minutes to install while the repack version can take 6 – 7 hours to install, thus it depends on what you choose. With fast internet, the uncompressed version is ideal for you, but if it is slow, you can install the repack version.

It is rated as the best Horizon game for those who have an Xbox One X, and it is even better with the new 60 fps mode. Downloading it as a Fitgirl repack plays well and it contains DLCs and updates while keeping your data compressed. Make sure you have a powerful anti-malware to detect unwanted data like adware or malware.

Far Cry 5 Fitgirl is a video game story about an ex-special forces operator called Jack Carver. It was developed for Microsoft Windows in Germany by Crytek Studios then published by Ubisoft on March 23, 2004, for Microsoft Windows. The story happens on a mysterious archipelago in Micronesia. Depending on your system and the game components you select, installation and take 20-40 minutes or 3-4 minutes for a repack.

Full Hitman 2 Fitgirl RePack is a 2018 ultimate assassin simulator in the isle of sigil which is an open area after which you make your way up from the pier. Going down the main road leads you to two guards by a jeep chatting.

It is a crossover fighting game developed by Spike Chunsoft and published by Bandai Namco Entertainment. It features some characters from the manga series in Shueisha’s Weekly Shōnen Jump anthology, a move to celebrate the 50th anniversary for the magazine.

Fitgirl is a site that releases torrent video games that you can play on your PC. It compresses or zips data by removing unnecessary files that the user does not require to run the game. They are known as cracked versions of video games that are highly compressed.

Fitgirl is a group of programmers who crack video games happily then upload them for sharing without any returns. The games have adware or malware which are downloaded alongside cracked games as a way to curb piracy which steals authentic games than making them available to the public for free. Piracy is illegal, and that’s why it is recommended to buy games from the original developers and let them enjoy the fruits of their hard work.

Fitgirl repacks mostly play well, and their data is compressed and up to date, and you need to use an anti-malware to detect and get rid of unwanted data. Also, the games run on administrative authority.

Most repacks are found on torrent websites meaning there are various viruses present. Make sure that where you download, repacks is a safe source. However, Fitgirl repacks have a good reputation so far.

It is advisable to avoid the Fitgirl repack. If you have to use a repack, it should be because you have low bandwidth. You will notice some repacks might use a different technique that might be safe for your hard drive, but it is difficult to tell them apart. It is important to always buy the game to support the game developers.

Even though the developer of Fitgirl has said before that she uploads the repacks on Torrents for people to experience her experiments. This, however, has a financial impact on the developers as many people might play a game but only a small number has genuinely purchased the legitimate copies.

How Tech is Changing the Online Gaming Industry 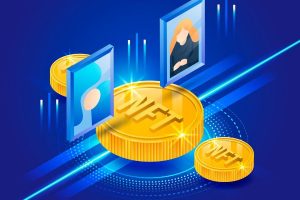 Buying an NFT? Here’s what you need to know 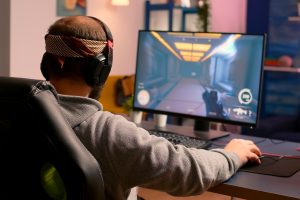 The Best Arcade Games So Far