Facebook is still in the process of moving from its current headquarters in Palo Alto to its new location in Menlo Park. We have seen some of their business cards already printed thus officiating the new address: 1 Hacker Way. Techcrunch released a photo showing Facebook’s new address, 1 Hacker Way, Menlo Park, CA 94205. Even though we have known for a while they were going to be located on Hacker Way, this is the first time we are seeing their full address.

The central address for the campus is 1 Hacker Way, but the rest of the buildings, for example, the legal department is going to be different, 18 Hacker Way to be exact. Since they are moving its campus from Palo Alto to Menlo Park, Facebook is building is in the process of building another campus just across the street, joined by an underground tunnel. Menlo Park is supposed to house 9,400 employees.

The famous architect Frank Gehry designed the office space on which the campus is set. The campus is approximately 430,000 square feet. The architect sought the help of 15 other local artists to paint the spaces and design the interior. Facebook has the largest open floor office plan the world has ever seen. You will need a 2-hour tour of the facility with stopovers. The furnishing of the interior is all elegant, from the transparent meeting rooms, artwork, and futuristic furniture. Since the area is expansive, there are bicycles to help the employees move around and at the same time keep fit.

One of the most notable things about the new campus is the rooftop park measuring at least 9 acres. There are at least 100,000 native plants, 400 trees, and a garden. The roof acts as an insulator, which has greatly reduced Facebook’s cooling and heating costs. If you get lost, there is a map to help you navigate the area since there are employees who love to walk and jog. If employees are interested in group exercises, there is enough space for that. All the staff has vending machines packed with electronics like cables, earphones, and batteries. Free food is also available for all employees. Gaming rooms are also available for the employees as well as the visitors.

Since Mark Zuckerberg had a dream of connecting people, he has done a pretty good job at this within the company. The open-plan, featuring his office in the middle of the facility is futuristic and enables an environment where people collaborate and innovate together. Usually, most tech companies are focused on privacy, but Facebook, on the contrary, they invite people to walk around their offices.  The main idea for the campus was to encourage the employees to design their workspaces so that they are free and more productive.

Facebook had initially wanted their address to be 1 Social Circle but after Google+ had circular features, they had to create something new. Facebook has grown to a tech giant and their growth has seen them successfully settle in their headquarters now at 1 Hacker Way, Menlo Park.

Also Read: Chase Account Number: How to find it?

What do “GL” and “HWP” mean in personal ads?

What is the Core Difference between iPhone 6 and iPhone 6S 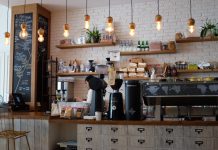 Coffee Shop Business Plan: Which you need to know

Is the Hanahaki disease real?

How To Whisper In The Town Of Salem?

Home Depot Truck Rental: Is this the Best in the Market?

What does “Omelette du Fromage” mean?

Which is Shiny Locked Pokemon Ever?

ABOUT US
I Report Daily is your News, Entertainment, Sports and Finance website. We provide you with the latest breaking news straight from the Globe.
Contact us: ireportdailymail@gmail.com
FOLLOW US
© All Rights Reserved - 2020 - I Report Daily